MFD has a store! Check back often for fun items created for the MFD audience. Also, Coaching packages purchased HERE

Prized Possession - A collaborative effort between dozens of contributors who care about the state of girls and have first-hand experience on the topic. This book is a must read for fathers who have daughters.

Archives For father and daughter

This project exists to empower and encourage Dads who have Daughters. If you are reading this, you are aware of our blog and other resources found at www.myfatherdaughter.com. Make sure you are subscribed to our blog from our website so that you get our posts e-mailed to you. Additionally we have produced a book entitled “Prized Possession” which represents a chorus of voices. In short, it is a road map for how to raise your daughter. Don’t forget our store found on our website where a number of fun T-shirts are for sale to lighten the mood. We also have all the Social Media accounts on Twitter, facebook, Instagram and Periscope which we use to celebrate great dads and share nuggets of wisdom.

One of the most fun and impactful things we do however is deliver a two hour live seminar aimed at Dad’s who have daughters. We call this seminar “Prized Possession” because it loosely follows our book of the same title. We have delivered this seminar to thousands of Dads and it has been very well received each time.

We have produced a brief highlight video of our seminar. 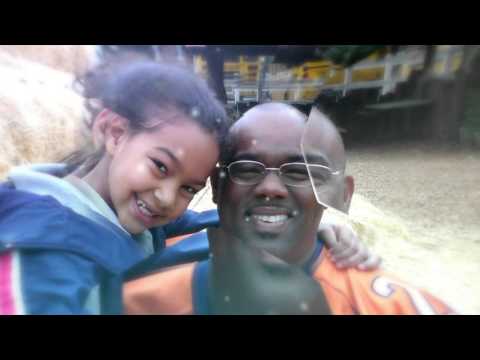 We would love to be invited into your community and deliver this seminar!

“Perfect, Amazing, Awesome. You both did an awesome job.”

“Great ideas on how to be a better dad.”

“It was an eye opener to the reality of all the attacks my daughter receives daily.”

“I feel more empowered and motivated to be the best father I can be.”

We have heard feedback like this every time we have held this seminar. Shoot us an e-mail if your church or school wants to book this seminar at: alan@myfatherdaughter.com

Apparently Jada Pinkett Smith is working on a documentary focused on Human Trafficking. I ran across a home-made video made by Jada after her first day on the job. It appeared to be late at night and she was simply talking into a personal camera or maybe a computer. She seemed to be deeply affected by what she had experienced that day.

In the process of doing some research she visited a post Human Trafficking treatment center. She sat with young girls who had recently been recovered from this hideous experience and was blown away by who she met and what she heard.

Here is a screen shot of Jada as she searches for the words to describe what she had experienced that day.

During this VLOG that Jada Pinkett Smith recorded, she recounted these words from a young woman who had recently been freed from the Human Trafficking trade.

“Manipulating men into giving you money for your body is ok because of what the music tells us. It’s almost expected”

Wow, can you believe that a young girl, recently out of sex trafficking said this about the music she heard?

I will not reprint the vulgar, dehumanizing, disgusting and degrading song lyrics here which are typical of the hip hop/rap music culture. You will have to take my word for it. Or, if you are feeling particularly curious or adventurous, google “Degrading song lyrics about women” and see what comes up. You can also search for song lyrics from the likes of “Dr. Dre”, “Lil Wayne”, “Cadillac Don”, “Ja Rule” and the infamous “Eminem.” “Eminem” has actually taken it a bit farther and infused a strong element of violence against women in many of his songs.

By the sounds of this music, you would think these guys regard our daughters as nothing more than disposable garbage.

Of course not everyone who listens to this music is as tragically affected as the young girl that Jada met. But studies show that such lyrics are certainly a negative influence which should be monitored by engaged parents.

Am I somehow crusading AGAINST a particular type of music or artist? NO! I am crusading FOR engaged, caring parents who are aware of the environment their kids are growing up in.

One side note: Thinking you can simply say “we don’t allow that music” will keep it away from your kids would be incorrect. It is everywhere and it’s impossible to control short of moving to a cave in the mountains.

The key is YOU being engaged, aware, caring and involved with your kids so you can interpret, shield and protect. Enter in conversation about these and other important topics.

Stand up Men. Your daughter needs you. Your son too!

Our book Prized Possession goes into great detail on what I call “The Assault on our Girls.” You can pick up our book by hitting the link below.

As men, we have lots of jobs. Hopefully we are employed and strive to do a good job at work. Providing for our family is a big job! Creating a happy, healthy home for our kids to exist and grow up in is an important job. The list could go on.

Recently I ran across this little blurb. I posted it on our “MyFatherDaughter.com” facebook page because I thought the message was powerful. (btw- have you “liked” our Facebook, Instagram & Twitter yet?) It’s a place where we post lots of pictures, this blog and other fun things.

This picture makes a very simple, yet profound statement that I couldn’t agree with more. This blog usually focusses on our roles with our daughters. But, let’s not forget that our sons are also growing up in a brutal culture as well. They are the target of an endless assault on authentic masculinity. They are given a daily dose of false manhood and asked to comply with shallow standards of selfishness.

Popular, filthy and degrading song lyrics are offering training to our boys for how they should think about and act upon our daughters. The constant messaging is confusing for our kids. They are inundated with mixed messages of sexuality and poor images of what a healthy man is.

The picture above states perfectly what our job #1 is. And it is twofold.

1. Teach your son what a real man is.

2. Teach your daughter to accept nothing less.

You might have guessed it. All of this starts with YOU.

Some questions for you to consider:

What kind of man are you? Where do you get your marching orders? Who do you emulate? What can your son or daughter learn from you regarding how you treat women? What kind of work ethic do they see in you? Do they learn selfishness from you? Do they see you bow to a higher power and a bigger picture?

Be the kind of man that you want your son to grow into and your daughter to marry!

(Hint: that is already happening, like it or not) Our book “Prized Possession” is full of resources to help you on this journey.

Application For Dating my Daughter!

On a previous blog post entitled “10 Rules for Dating my Daughter”  went viral. Through the magic of Social Media, there were literally millions of people from around the world who joined in the conversation. It was by far the most viewed and “shared” blog post so far in the life of this project. In fact lots of people even asked about a shirt with those 10 rules printed on it. So in an effort to give the Dads what they want, we have the now  famous “Rules for Dating my Daughter” T-shirt. We have an online store with lots of other fun products. Check it out HERE.

It was really fun to see Dads around the world unite around this funny little take on daughters beginning to date. I obviously struck a nerve with this topic. It is no surprise to me that Dads of daughters united around this topic. As a follow up blog, I wanted to pass along another handy tool that you may want to use with your daughter’s suitor.

Application for Dating my Daughter

Any contact during the review period could cause a delay.

IN CASE YOU ARE WONDERING, WE HAVE TURNED THIS APPLICATION INTO A SHIRT AS WELL! See our ONLINE STORE.

Also, in case you were wondering, all of this is done in good fun and meant to be kind of an inside joke for Dad’s who have daughters!

Ok, but seriously…. Here is a brief thought: Most of what your daughter will use to screen a potential boyfriend will be her experience of watching you with your wife. How you treat women will be how she will expect to be treated. You shouldn’t actually need a list of rules or an application if you are doing your part by showing her what a great guy looks like. She will look for someone like you!

Yes, we should be giving lots of verbal instruction all the time. However let’s not forget the pecking order of impact. The picture below spells it out perfectly.

Today’s message is a very quick and simple one. Our actions speak much louder than our words. Of course we should relay lots of verbal instruction. Words are important. They are powerful. We should use them intentionally and wisely. However, people will watch our actions to see if our words are trustworthy. You can turn your words into nothing more than a joke with contradictory actions.

This is never truer in the lives of your kids. Live a life of integrity, presence and honor and your kids will listen to what you have to say. Be absent, angry and dis honorable and you will lose your kids. (And wife, friends, family & coworkers)

YOU are the first and best class room your daughter will ever attend. Make sure the lessons you are living out are consistent, life giving and productive.

Another way to say it is:

“Lead always and when necessary use words”

Talk is cheap friends. Your kids are watching even when you don’t think they are! They will follow your example in spite of what you say.

In our book Prized Possession, we have inserted some real comments from real girls between chapters which help to shape the importance of this conversation. In a sobering reflection, take a look at what this real life girl said about her Dad.

Real Talk
“My dad is lazy and absent from my life. Although he is home, he sits around watching TV or doing other things rather than spend time with our family. He only communicates with me when he is mad at me for something I have done. When he knows he has done something that upsets my brother or me, he tries to buy our love back by getting us presents.
He gave me a gift a few months ago that is still sitting in my closet. It’s still wrapped, because
I don’t even care enough to open it. I can’t even look at it because it makes me so angry.”

Here is what I hear from this heartbroken young lady:

• Dad is absent, not physically, but emotionally.
• Dad is not engaged with his family.
• Dad does not communicate positively.
• Dad thinks he can buy his kids off to compensate for his own shortcomings.
• Your daughter wants YOU in her life

Learn a lesson from a knucklehead Dad. It’s actually not that hard. Just do the exact opposite of what this Dad is doing and do it consistently!

You can pick up our book and some other fun stuff from our store. Hit the link below: